Indianapolis, IN. – While many people were quarantined at home, the Center for Cultural Affairs and the Arts, Entrepreneurship, and Innovation Lab at the O’Neill School worked diligently to bring those in the creative sector together to look toward the ever-evolving future of the arts in a post-COVID world.

On June 9, 2020, CCA organizers hosted a virtual research workshop entitled Leveraging Creativity. The event included presentation and discussion of new scholarly work from dozens of researchers around the world focused on arts, entrepreneurship, and the creative sector. Even while remaining socially distanced, the event was a successful opportunity for dynamic discussion of pressing topics within this discipline and strongly contributed to the advancement of arts entrepreneurship research.

Several of the papers focused on the role of arts organizations, interventions, and entrepreneurs in the field. Their topics ranged from their impact on student development to professional settings to communities at large.

An additional piece of research examined the proliferation of cafés and coffeehouses in urban areas was analyzed to demonstrate the impact that different arts scenes—bohemian, corporate and business, and neighborly and communal—have on their larger communities. Cafés are most present in bohemian arts spaces with the highest populations of artists and in places in which many artists choose to relocate. Areas with a higher concentration of cafés also tend to attract residents with higher education levels, lower incomes, and who live in denser areas. 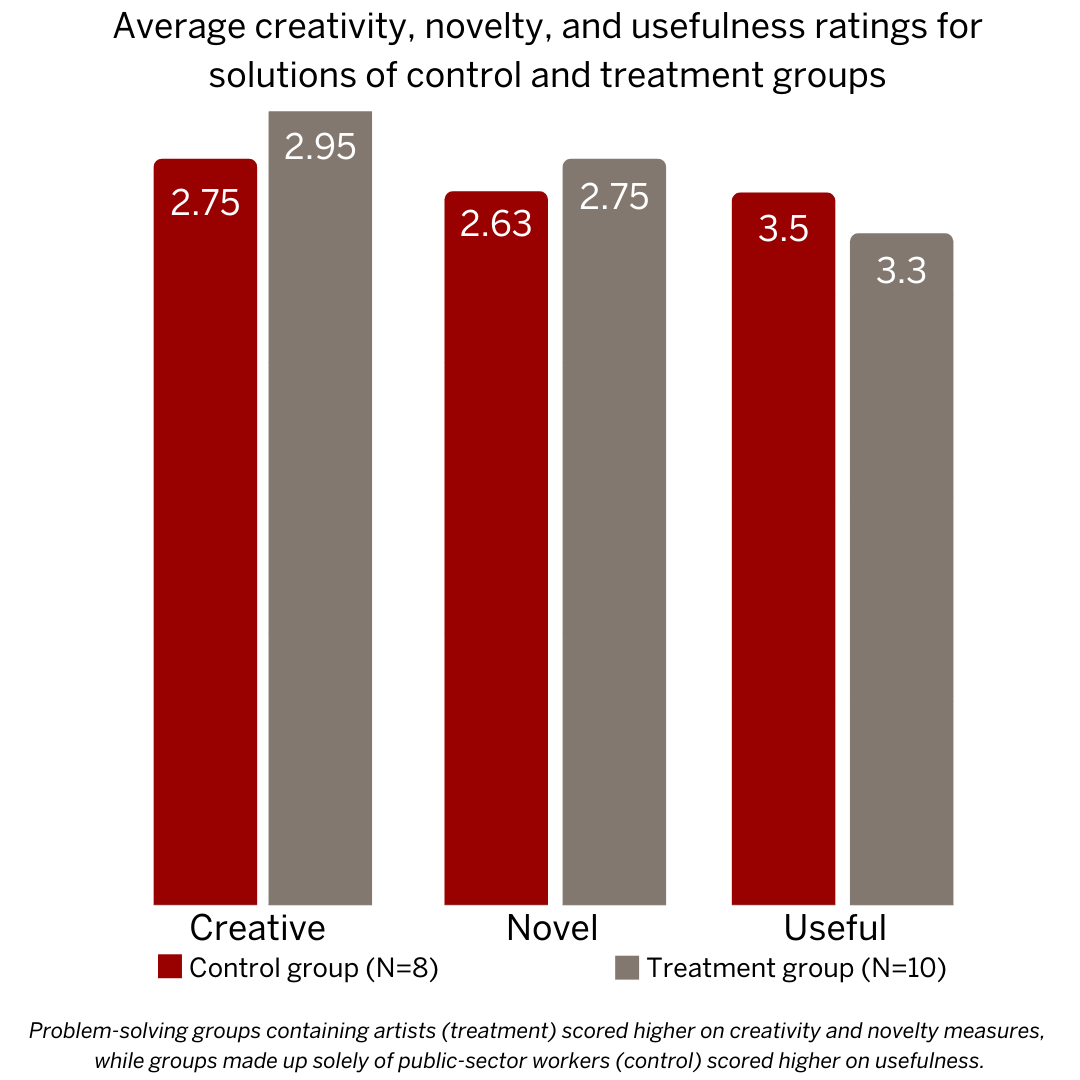 A fascinating experiment explored methods for how to effectively teach arts entrepreneurship skills. That experiment allowed the researcher to draw conclusions directly from a real class that taught both theoretical and experiential concepts to maximize knowledge generation. The graphic below indicates the model generated from that research. 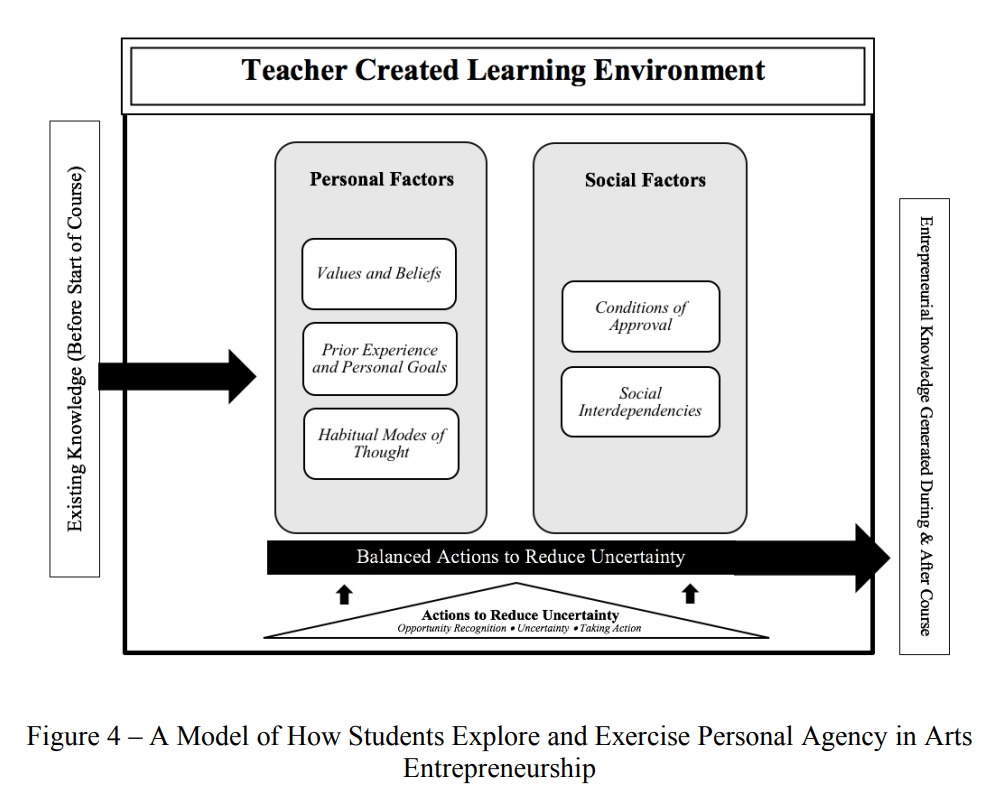 A dedicated portion of the research presented during the event was focused on the growing literature surrounding the role of crowdfunding in arts and culture. The motivation for backers to donate was analyzed, as well as the factors that lead to project creators to alter their behavior between campaigns. 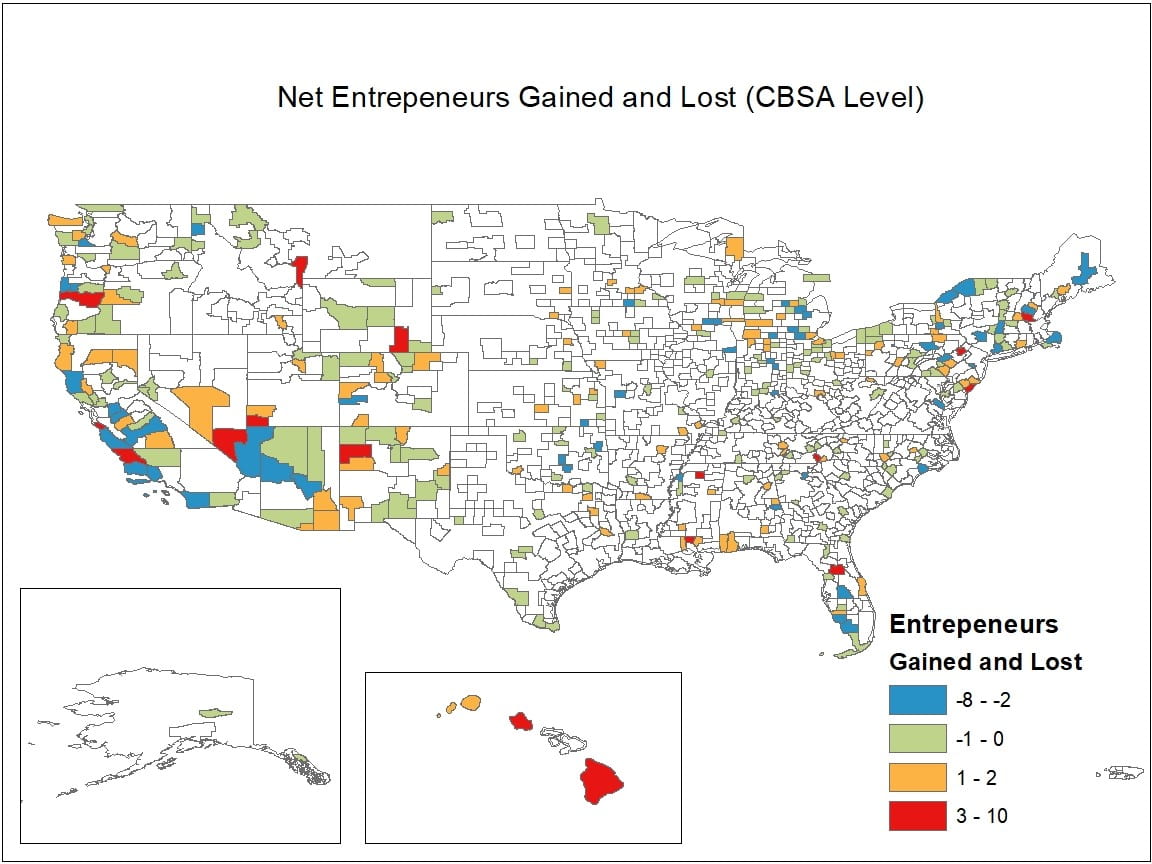 Throughout the full set of panel presentations, the focus stayed on the support of early-stage arts entrepreneurs and the role the arts play in entrepreneurial success at an individual and community level. 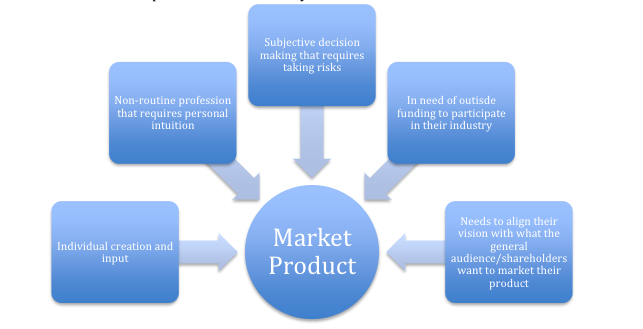 The Center for Cultural Affairs and the Arts, Entrepreneurship, and Innovation Lab are grateful to the researchers and presenters who were able to participate in this event and advance our mutual understanding of arts, entrepreneurship, and innovation. Particularly in difficult times, the need for a nuanced and supported understanding of how artists can succeed and thrive is of extra importance. Please continue to follow along with the O’Neill School, the AEI Lab, and the CCA for future research and analysis on these topics.

More detailed information on all the research mentioned in this blog can be found on the event page.