Indianapolis, IN. – My name is Michael Weigel and I’m a first-year graduate student at the O’Neill School working on my Master of Policy Analysis. When not working on class projects, I serve as a graduate research assistant for Dr. Doug Noonan as part of the AEI Lab. My current focus is on artistic and creative projects financed through crowdfunding platforms such as Kickstarter. I’d love to share some of my initial insights.

For this analysis, our team is utilizing a database with information on every arts-related Kickstarter project hosted on the platform since its founding in 2009 up to October 2016. Each listing contains information on the genre and subgenre of the project, the amount of money requested and pledged, the number of backers, location of origin, and more.

The opening months of our analysis of this data has already yielded several interesting insights: 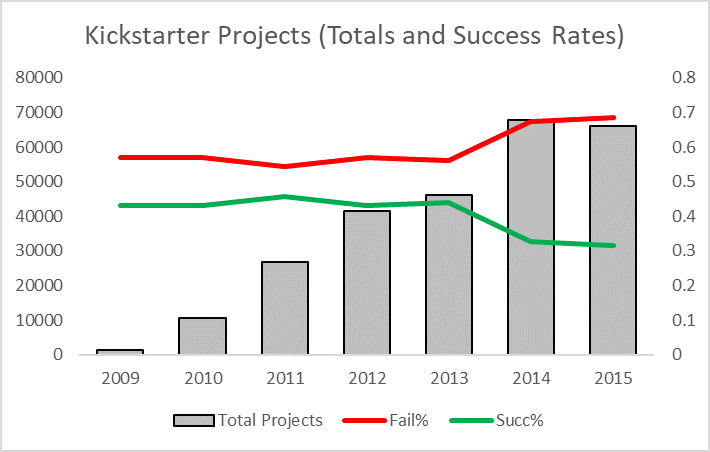 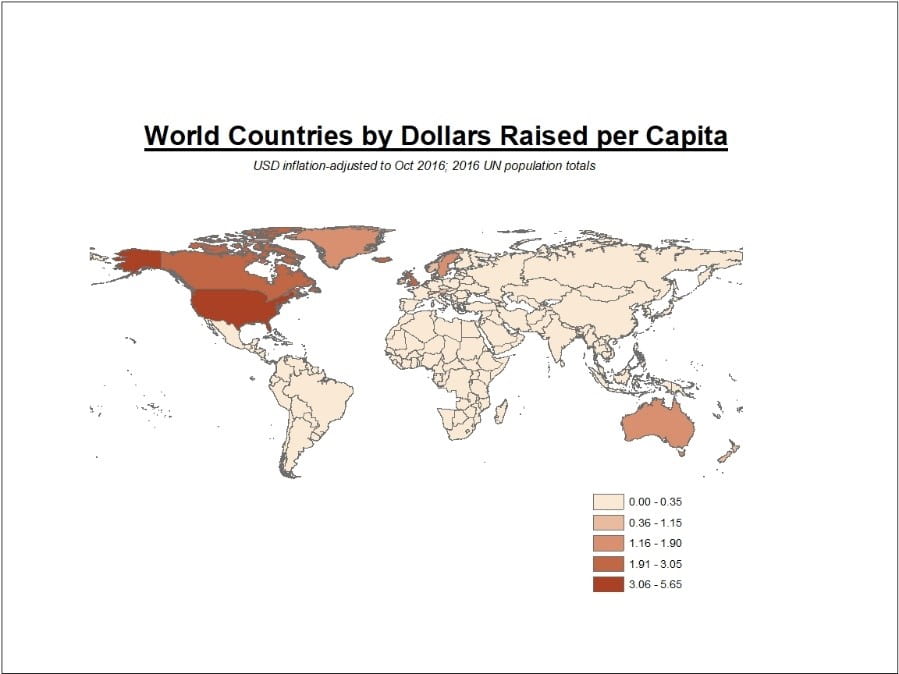 Our research going forward will focus on repeat creators who initiate a crowdfunded artistic project in one city, then do the same after moving to a different city.  Most of the movement from city to city occurs between areas with large populations. However, the new flow and direction of movement for projects in more rural areas also will be interesting to observe.

A long-term goal of this research thrust is to determine what factors cause creators to choose specific cities in which to launch their artistic crowdfunding projects. Our team has worked to compile research on the political and legal frameworks that govern these sorts of projects in the United States:

In the long-term, the goal of this research is utilizing existing knowledge about Kickstarter projects and their creators to develop a predictive model for where repeat creators move and why. We also have a great interest in learning more about what factors distinguish successful projects from those that fail to meet funding goals. In addition to academic significance, this research will have multiple direct applications for both local artists and Kickstarter users around the world. Opportunities like this that combine engaging learning experiences with the chance to create new discoveries that change people’s lives for the better are part of what made the O’Neill School my school of choice for graduate study. I’m very excited to see where this strain of research takes us!